AFFAIRS OF THE HEART

Ah, it’s February and love is in the air. But why? According to an article by HISTORY¹, Valentine’s Day and the story of its patron saint are a mystery. “We know February has long been celebrated as a month of romance and that modern Valentine’s Day still contains vestiges of both Christian and ancient Roman tradition.” But who was ‘the’ Saint Valentine? A popular name between the second and eighth centuries, Saint Valentine could have been any one of at least a dozen saints and one Pope who shared the name.

Others believe the medieval English poet Geoffrey Chaucer may have invented Valentine’s Day, as the first appearance of Valentine-esque romantic celebrations was in a poem he wrote circa 1375. The poem refers to February 14th as the day birds (and humans) come together to find a mate.

A known fact by historians is that Valentine greetings were popular as far back as the Middle Ages, though written valentines didn’t begin to appear until after 1400. The oldest known valentine still in existence is a poem written in 1415 by Charles, Duke of Orleans, to his wife while he was imprisoned in the Tower of London.

When Love or Passion Traverses to an Affair

Just as lovers find a myriad of creative and thoughtful ways to show their affection on Valentine’s Day, the spectrum of infidelity, which frequently leads to divorce, is just as creative and endless. Here is a look at some different types of affairs and their outcomes:

Celebrity… In December 2021 Arnold Schwarzenegger and Maria Shriver’s divorce was finally official, 10 years after she filed. The couple had been married for 25 years and had four children together. They were able to keep the reasons behind their separation in 2011 quiet until news broke in 2012 that Schwarzenegger had fathered a child in 1996 with the couple’s married housekeeper. Shriver had been pregnant at the time. (Credit: LA Times)

Fictional… Fatal Attraction (1987) – For Dan Gallagher life is good. He is on the rise at his New York law firm, is happily married to his wife, Beth and has a loving daughter. But, after a casual fling with a sultry book editor named Alex, everything changes. Jilted by Dan, Alex becomes unstable, her behavior escalating from aggressive pursuit to obsessive stalking. Dan realizes that his main problem is not hiding his affair, but rather saving himself and his family! (Starring Michael Douglas, Glenn Close and Anne Archer; Credit: Rotten Tomatoes)

Royalty… Prince Charles and Camilla Parker Bowles have had an unconventional relationship from the very beginning. Although royal biographers say it was love at first sight when they met in the early ‘70s, they went through some pretty big obstacles over the years. Even as Charles married Princess Diana and Camilla married her boyfriend, Charles and Camilla famously went on to maintain their close ‘friendship’ throughout their respective marriages. It took nearly 30 years for the two to become a couple publicly and officially. (Credit: Brides Magazine)

Statistics² show that approximately 22% of men and 14% of women have had an extra-marital affair, accounting for around 17% of divorces in the United States. And over the last 25 years the rate of infidelity has dramatically increased.

After experiencing the initial shock – or not – of finding out their spouse cheated, the faithful party will have lots of questions and lots to contemplate. Here are three reasons infidelity may lead to divorce³:

Consequences of an Affair

While an adulterer in the State of Florida is technically guilty of a misdemeanor of the second degree (Fla. Stat. § 798.01 (2021)), the party who is likely to want to punish them is their scorned spouse. Often the injured party lashes out and their instinct is to go searching for expenses their spouse spent on the affair, in order to make a dissipation of assets claim. Unfortunately, investing the time and money to trace purchases does not guarantee extravagant gifts, vacations or other large expenses will be uncovered. Alternatively, at times the best strategy during mediation is to focus on (1) the cheating party’s feelings of guilt for having an affair, and (2) their desire to quickly finalize the divorce.

As a mediator, it is my role to help both parties work through their options and arrive at a realistic outcome in a safe and non-combatant environment. When you need help through the mediation process, you can count on my 18 years of litigation experience and seven years of exclusively practicing family mediations to find out-of-the-box solutions to settle disputes amicably and expeditiously. 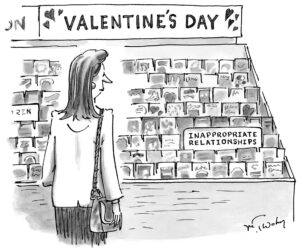 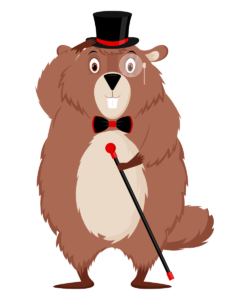 In my March 2021 newsletter, I provided a primer on the pending Florida Alimony Reform Bill. The bill was ultimately pulled by sponsor Senator Joe Gruters, who vowed to resuscitate it in 2022. In late January 2022 efforts to reform Florida’s alimony laws were once again underway.

To read the modified and most current House and Senate Bills, dated February 9, 2022 and January 26, 2022 respectively, visit: