LUCK OF THE IRISH

St. Patty’s Day is this month, and hopefully the luck of the Irish will be bestowed upon us all. Interestingly, Irish American History Professor Edward T. O’Donnell, among others, traces the origin of this expression not to Ireland, but to America. “During the silver and gold rush years (in American) in the second half of the 19th century, a number of the most famous and successful miners were of Irish and Irish American birth. Over time this association of the Irish with mining fortunes led to the expression luck of the Irish.”

The history of divorce in The Emerald Isle is in a word, brief. The Irish Constitution of 1937, touted as representing a separation of church and state, was laden with the Catholic Church’s doctrine. With the weight of the Church on its shoulder’s, the document naturally included a constitutional ban on divorce.

In 1986 the Irish people put to vote a referendum to legalize divorce, which was shot down by an overwhelming 25 percent margin. Proponents did not give up. Almost a decade later, in 1995 a new referendum legalizing divorce was narrowly approved by the people with a 50.28 percent to 49.72 percent win. By the time the 1995 Divorce Referendum was approved, Ireland was the only country in Europe where divorce was still illegal, an indication of the strong influence the Catholic Church still held.

The first ever divorce granted in the Republic of Ireland was on January 17, 1997, to a lucky-not-so-lucky terminally ill man who wished to marry his new partner. Remarkably, a mere 18 years later, in 2015 a solid 61 percent of the people voted to legalize same-sex marriage.

Today, there are two legal methods to terminate a marriage in Ireland, a Decree of Nullity and a Decree of Divorce.

For those who qualify, a Decree of Nullity can be a quick and straightforward road to ending a marriage. The most common ground for nullity is that at the time of the marriage, the couple was unable to, “enter into and sustain a normal marital relationship.” Further, “such a claim is normally based on the psychological condition of one or both spouses.” In more extreme cases, a decree of nullity is granted if the couple is too closely related by blood!

If granted, nullity means the marriage “never existed” in the eyes of the law, and each partner is free to remarry. The advantages of nullity over divorce are there is no minimum waiting time, and, in the case of a well-off spouse, he or she may avoid the financial burden which may be imposed by a divorce.

If a couple does not qualify for a Decree of Nullity, they can pursue a Decree of Divorce. Doing so requires that the couple has lived “separate and apart” – meaning living in separate households or under the same roof with “no normal marital relationship” – for at least two of the three years before applying for the divorce. Prior to December 2019, the separation requirement was a whopping four out of five years.

Other requirements for the Court to grant a dissolution of marriage include the Court being satisfied there is no reasonable prospect of reconciliation and that both the spouses and any children are properly provided for.

Mediation as a means to arrive at decisions about children, property, finances, etc. is strongly encouraged in Ireland. In fact, Ireland’s state-funded Family Mediation Service is free to married and non-married couples, same-sex couples who have decided to separate, and parents who have never cohabitated but have children together. In Ireland, mediation is typically employed to assist in the development of a legally binding Separation Agreement or a Decree of Judicial Separation. While the Note of Mediated Agreement itself is not a legal agreement, it may be used as the basis for applying for a Decree of Divorce.

Mediation is just as strongly encouraged in our state. As a mediator, it is my role to help both parties work through their options in a safe and non-combative environment, until an amicable and realistic outcome is achieved. When you need help through the mediation process, you can count on my 18 years of litigation experience and seven years of exclusively practicing family mediations to find creative solutions to expeditiously settle disputes of any nature. 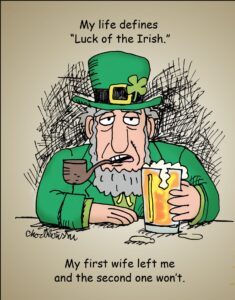